There are many things that I could think about that might have caused a bad race. I would drive myself crazy thinking about all the things that I did or didn’t do to feel so shitty on race day.

Roger and I got up to the race site Friday afternoon. I did a nice shake out run of about 3 miles on the course. I was concerned. I felt tired, my legs almost felt dead. Why was my breathing not feeling normal?! I think I said that something wasn’t right. We leave, we take about a 30 min nap, go into town for dinner. All is well. 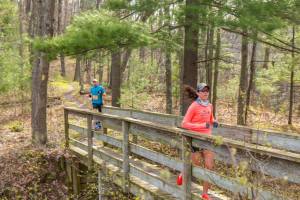 Wake up and have breakfast like any other race morning. Get to the start about an hour before go time. Say hi to some fellow runners. Toe the line. Right up front where I like to be and knew within the first mile, it wasn’t going to be my day. The woman who ended up holding first place for the first half went out fast, I lost sight of her quick. So I knew that my A goal was gone. I felt as though I was anaerobic from the get go. I held a strong second place until about halfway, even though many times I thought about dropping. I felt horrible. I didn’t feel right. About every 20 min I had to cough so hard as to dislodge some phlegm so I wouldn’t choke.

This has been happening on most runs since #birdstrike and getting sick the next week. I haven’t been able to hit the paces I should be, and feel overall like something isn’t right. My legs get tired very quickly and just overall am not able to push it.

Halfway I was passed by 2 more females putting me in 4th, then another. I mentally took a step back and settled on goal D, which was just to finish. Shortly after the middle aid station Roger told me first place was in bad shape and cramping. I passed her and we chatted, I gave her some salt and went on my way. The woman who was in 3rd also was in rough shape, so now putting me in 5th. 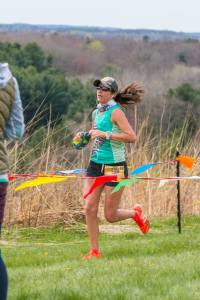 I finish strong in 5th. So happy it was over. Roger reminded me that this was my second ever “bad” race in 6 years. It feels so much worse. The results were there but I felt overall horrible from the get go, so to me it was a bad race. I am trying to tell myself that this was a training race and the big ones are later this summer, but it is hard when you are as competitive as I am.
The plan now is to get stronger, take it as a learning lesson, and focus hard for the next 2 months for the Vermont 100. I haven’t had this much anxiety about racing for awhile. So to let this week fall as it may and start again hard next week.